Often there is a high degree of confusion on the difference between the semi-frameless and frameless showers screens. We at on the ball bathrooms will be the heroes you need and break down the difference between the two as well as the pros and cons of each style. Although a shower screen is functional, it can also be a design statement so let’s start with the most commonly used shower screen that we use in our bathroom renovations throughout Perth, Western Australia.

Below is a classic framed shower screen and a semi frame-less screen for the same bathroom that we did in Canning Vale. Try to never install fully framed shower screen if you can help it, the screen will close in the room and make it feel like you have built a brick wall. 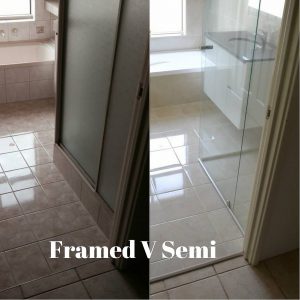 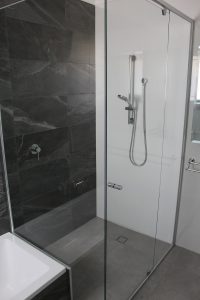 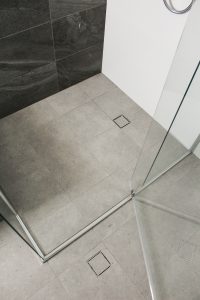 The frameless shower screen has no framing around the edges or rubber seals. This creates fewer places for dirt and grime to build up. The 10mm toughen glass can also come in a frosted or have a design due to the blank canvas of the screen. A frameless shower screen is more expensive than other shower screen types, but its clean, clear glass will open up your bathroom to make it look larger and more modern. 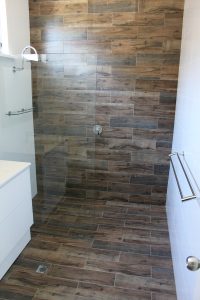 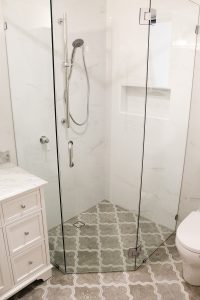 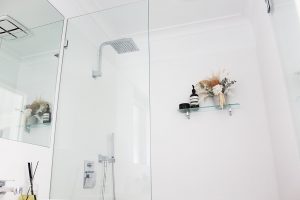 Proof is in the pudding (Verdict) 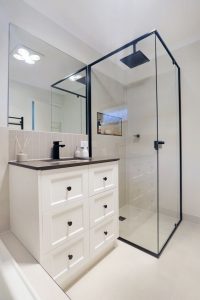 It’s important to note that all our advice is general in nature and all bathrooms are unique so always speak to your local qualified tradesman for the best advice. At on the ball bathrooms we love feedback so let us know what you think with a comment below or if you are looking for a bathroom renovation quote and live in Perth, Western Australia contact us on 0419964678 or email us at info@ontheballbathrooms.com.au

For More DIY TIPS For Renovating Your Bathroom Visit:
Before and After Albums: Click Here
High-resolution examples of all projects: Click Here
Start Pinning and Putting Your Dream Bathroom Together: Click Here
If you like the article and want to get all the latest updates or see all our before and after’s, then show us some love with a like on Instagram